Archives concerning all matters web development and beyond

It's that time of the year again, time for another yearly roundup of what I have and haven't done. I wish I could make excuses on why this list isn't as great as it could be but really at the end of the day, it came down to sheer laziness and honestly a pretty deep bout of depression.

I don't really want to focus on my professional side this year, mostly because there isn't much that happened there, but that doesn't mean I didn't work on any skills that would be beneficial to myself in the year to come either.

So I figure that I should spend time focusing on this part as I have made great strides here. Having spent time learning more and more about ReactJS, NextJS, and just overall how to structure an app to be performant and stable I began a rewrite yet again of my website in the latter part of the year. The starting point was consistency in components across the site to avoid rewriting things over and over, but instead using these components to build upon to form the overall UI that I was going for.

Of course, this aspect is still very much in progress, with changes being made almost daily to improve components as I continue to refactor the pages themselves, this leading of course to pull requests that might not make much sense if you look at my git history. I've picked one spot of my site to focus on at a time to do this process, and it's resulted in breakages elsewhere that then had to be fixed or adjusted to work with this new way of doing things.

While this didn't directly result in performance gains it did lead to smaller bundle sizes, but to really take it the extra mile I realized that not always was it smart to fetch data on the client side. Using React query was how I had handled everything before, and while it accomplished the task at hand wasn't always the correct tool for the job. Instead, tools like getStaticProps and getStaticPaths from NextJS to build pages with the app, making them statically compiled and server instead of spending cycles to compile was the way to go.

Another large thing I've been focusing on is design. I know I'm not a designer by any stretch of the imagination but I definitely think that this year the site turned towards a much more cohesive look, although I did want some separation, give different main areas of my site a more visually distinct style, you can see this at my blog, models, and the gallery.

The last major point of my website refactor this year has been with the auth systems. I was insisting on rolling my own auth and processes in the past, but I switched to using NextAuth to do a lot of the heavy lifting, and this has been a godsend. With the hooks they provide, and both client and server-side methods getting data that needs authentication has never been easier.

So where am I going from here with the website you might ask? Well, my goals for 2022 I think include:

While this could probably be thrown in above I thought I should take some time to discuss education, no not school but just learning about development topics and technologies. I want to take time to learn some new things over this next year, to broaden my skills a bit, and see what else is out there.

On the photography aspect, I really wish I had more to talk about, I'm disappointed in myself for not getting out and seeing the parks I had lined up this year, things came up but the depression contributed a lot towards the lack of this happening. I just didn't find the joy.

I did visit this really cool place nearby in August, the Gramling Locomotive Works run by Barney and John Gramling who restore and maintain a pair of locomotives. I got the pleasure of perusing their grounds, taking photos, learning their very awesome history in railroading, and just enjoying a summer afternoon. You can see many photos in the gallery, but I've got an example below. 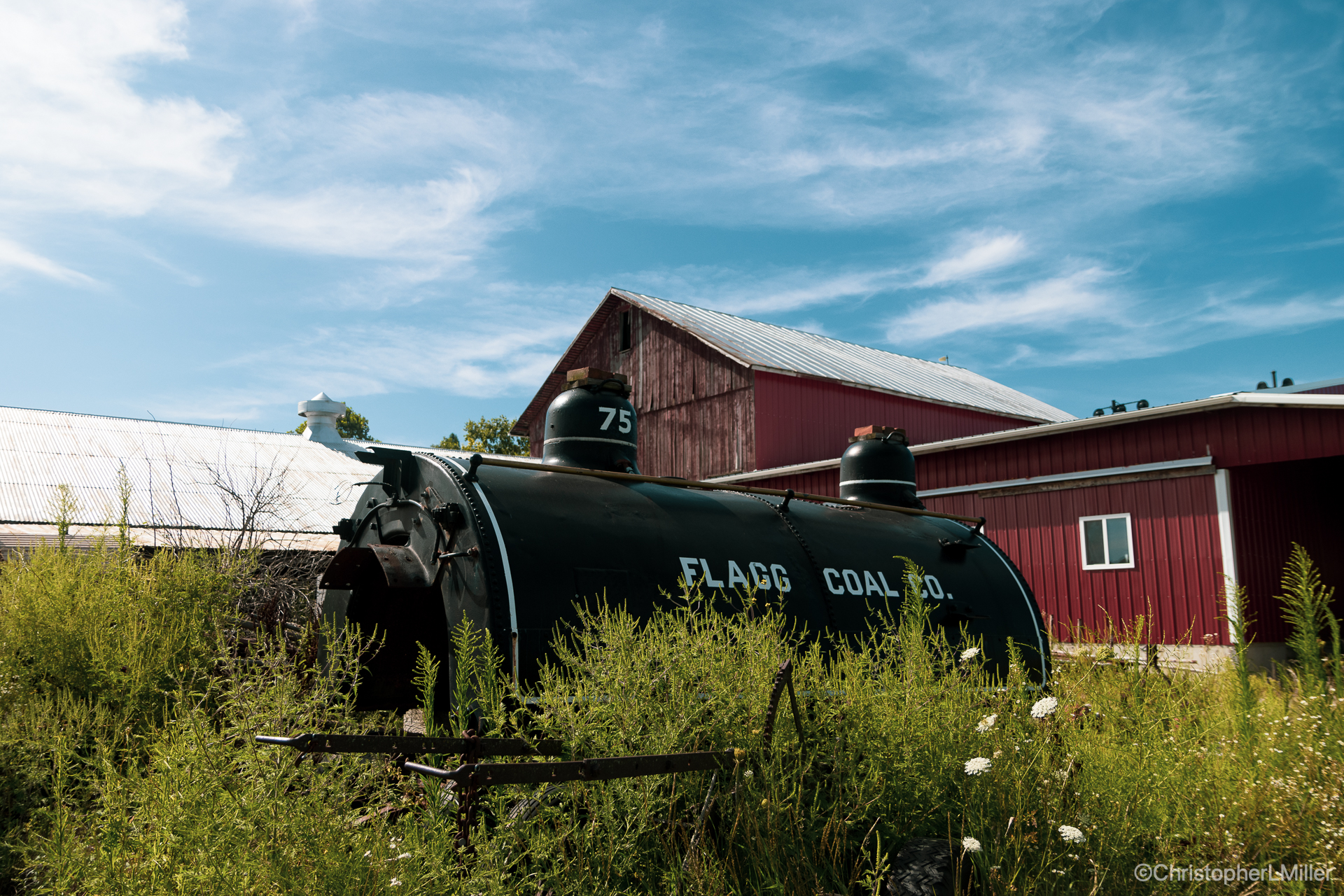 I have spent a considerable amount of time learning about photo editing to really make the most of the source photo, cataloging, and spending time picking out good photos versus just thinking all are good. Hopefully, that'll be appearing in the gallery before too much longer.

Onto the YouTube channel. I've been focusing on that a lot this year, doing videos of models I'm building, unboxing, etc, and just enjoying and learning that process as well. As of the time of this writing I'm at 171 subscribers, something I never imagined would happen at all. You can of course check out my channel by following the link below or going here.

So I guess to conclude this section for the year and talk about what I want to focus on this next year:

The last thing i want to talk about i guess is the models I've built this year. Compared to previous years i didn't accomplish nearly as many models but i think the quality of them is pretty good. The biggest accomplishment being that i finished the Miniart BMR-1 mine roller, but also the Academy Phantom.

Here is a sampling of them, click the picture to go to the full model page:

My goals for this next year are a bit ambitious. I've already got a few models on the bench and many I want to get accomplished. I'm not going to aim for quantity this year, but more on quality. so I guess we will have to see next year on that one.

I know this year wasn't that great for me but I'm hoping to improve that this next year, I need to focus on myself, the things I want to accomplish and get it done, it's time to put up!